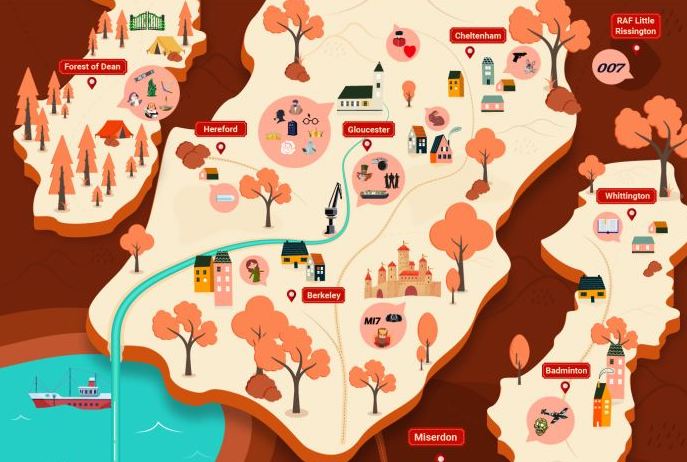 Star of the show: Map reveals 35 movies and TV shows filmed within Gloucestershire

This looks good for a family day out over the October half term… The team at www.visitgloucester.co.uk has created the Movie Map of Gloucestershire which displays 35 different movies and TV show successes that were filmed in and around Gloucestershire.

Gloucester Cathedral has played a big role in being one of the filming locations for a total of eight hit films and TV shows included within the map, such as the Harry Potter films, Sherlock and Mary Queen of Scots, while Berkeley Castle has also been home to both Johnny English Strikes Again and Poldark.

The 2001 hit Bridget Jones’ Diary was filmed in Snowshill; while just 13.5 miles away at RAF Little Rissington, scenes from Die Another Day were filmed the following year.

The natural beauty found all around the Forest of Dean has caught the eye of filmmakers who want to catch more magical shorts. Arthur & Merlin, Jack the Giant Killer and The Huntsman: Winter’s War, were all filmed within the forest, as well as Star Wars Ep VII: The Force Awakens.

At the other end of Gloucestershire is Badminton House, which has been used as one of many filming locations for both 28 Days Later and Pearl Harbour.

A full list of locations included within the map are:

Gloucestershire has played a temporary home to many famous faces throughout all of this, and there are many famous faces regularly spotted on the street – whether filming or going about their daily lives. Just this year, David Hasselhoff, Stacey Solomon, Trevor McDonald and Idris Elba have all been spotted in the area, with it being well known that the Beckhams, Jamie Dornan and Jeremy Clarkson live not too far away in the surrounding Cotswolds.

Requests to film in and around Gloucester are very frequent; not only due to the amount of hit films that have already used these locations, but due to the stunning and impressive locations and the historical value of Gloucestershire

The full map can be found on the Visit Gloucester website at: https://www.visitgloucester.co.uk/things-to-do/gloucester-on-screen. 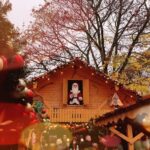