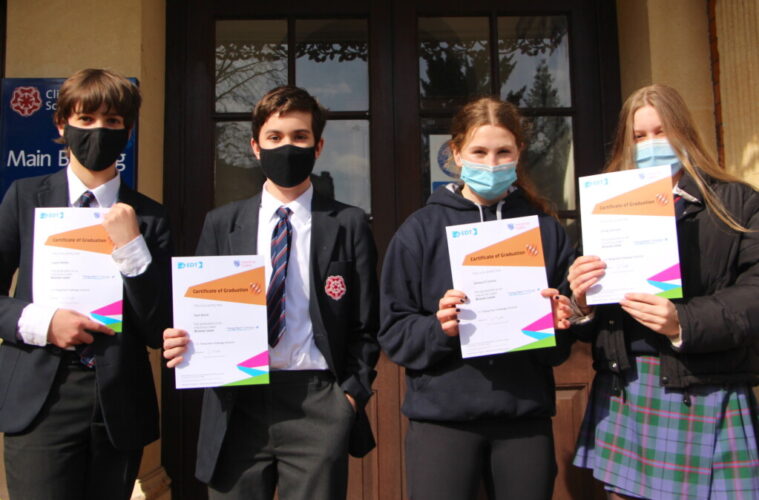 Year 9 students at Clifton High School in Bristol recently took part in the annual Flying Start Challenge to design and build a glider out of materials of their choice. The pupils worked in teams of four and were responsible for planning their own budget and using their materials efficiently.

The day began with masterclass lessons from the visiting Airbus engineers on the dynamics of flight and aircraft design. There were a wide variety of inventive designs realised by the different groups and the pupils impressed all with their excellent teamwork and enthusiasm throughout the day. In the afternoon, the gliders were thrown from the Main Hall Stage in a ‘Fly-off’ competition. Each team had three opportunities to record a long and straight flight, as judged by the Airbus engineers.

The three victorious teams were: ‘Team Golden Airways (pictured above) – Emma, Emily, Sam and Louis, with a flight of 9m; ‘Team Skrrrrt!’ – Freya, Rebecca, Matthieu and Felix) with a flight of 12.3m; and ‘Team Gliders’ – Ava S, Ava B, Jack and Oscar with a flight of a massive 13m!

All three of these teams progressed to the Regional Final at the Bristol Aerospace Museum in February, where they presented their gliders and posters, and took part in a quiz and STEM activity before another fly-off, competing against teams from many other regional schools. Happily, both Team Gilders and Team Golden Airways were successful in proceeding to the national Grand Final which was to be held at the Fleet Air Arm Museum at RNAS Yeovilton. Sadly, this event was cancelled due to the COVID restrictions.

Mr Griffin, Head of Physics at Clifton High School, said, “I am confident both of these teams would have performed superbly and I am very proud of all the work they did and with the impressive way in which they represented the Clifton High School community. They have all been awarded with a Bronze Level Industrial Cadet Certification, in recognition of the accomplishments they made throughout the challenge.

“I would like to thank the organisers of the Flying Start Challenge and the Airbus engineers who came to instruct the pupils, and of course to congratulate all of the pupils for their amazing work and enthusiasm!” 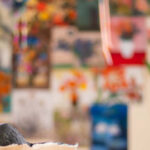 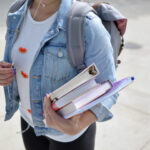 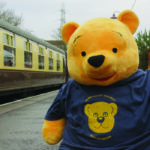