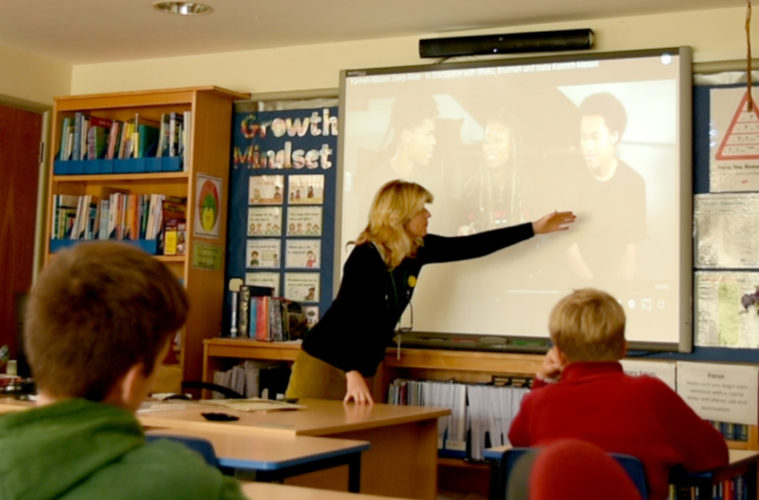 Children at All Hallows School in Somerset have really enjoyed their work for Black History Month across the curriculum, including in their music and art lessons. A real highlight for Year 8 was listening to Mrs Hardin, their English teacher, talking about her ancestor and celebrated composer, Samuel Coleridge-Taylor, and the prejudice and abuse he endured during his short life, including having his hair set on fire.

Mrs Hardin explained how Samuel was given a violin at the age of five and clearly had a talent which was later recognised by the composer Sir Edward Elgar who proclaimed that Samuel had “more talent in his little finger than his fellow students had in their entire bodies.”

However, despite his successes which were numerous, including conducting the New York Philharmonic Orchestra, performing at the White House and composing his cantata Hiawatha’s Wedding Feast, the financial struggles he faced due to prejudice are linked to his early demise, aged 37.

To hear such a story from a relative, their teacher, brought an incredibly special meaning and power to the children’s experience of learning about Black History Month. It had a profound effect on them, sparking some great debate as to why Samuel would have been treated so poorly by those around him, why he was paid so little compared to white composers of the time, how he must have felt and how other peoples views affected him and his family. It was fascinating to hear that he had been at a Pan-African conference calling for racial equality right back in 1900.

Elsewhere in school, pupils have been studying topics and people ranging from well-known and iconic characters such as Martin Luther King Jr and Rosa Parks, to the less well-known Mary Seacole and Wilma Rudolph. In music, the children have been listening to the hugely popular music of Scott Joplin, while in art they have been discussing Yinka Shonibare’s use of aliens, highlighting the perceived connection between immigration and strangeness to illustrate the absurdity of reinforcing differences through stereotyping.

The brief for All Hallows teachers for Black History Month was ‘To provide learning opportunities for pupils to develop more awareness of the diverse nature of British society, the history of racial discrimination in this country and abroad and how to combat it, and the hope we have for the future as our society becomes increasingly diverse and increasingly celebrates that diversity as we work together to build a united future.’ As always, staff and pupils did not disappoint!

Jack Champness, Deputy Head Academic at All Hallows, said, “I am delighted at how the children engaged with the learning during Black History Month – it will most certainly become an annual event for us at All Hallows and is already having an impact on our curriculum development moving forward. “

Learn more about Samuel Coleridge-Taylor and Mrs Hardin’s talk to the pupils: https://youtu.be/mREvQMv5YPE